Is your ventilation system doing more harm than good? 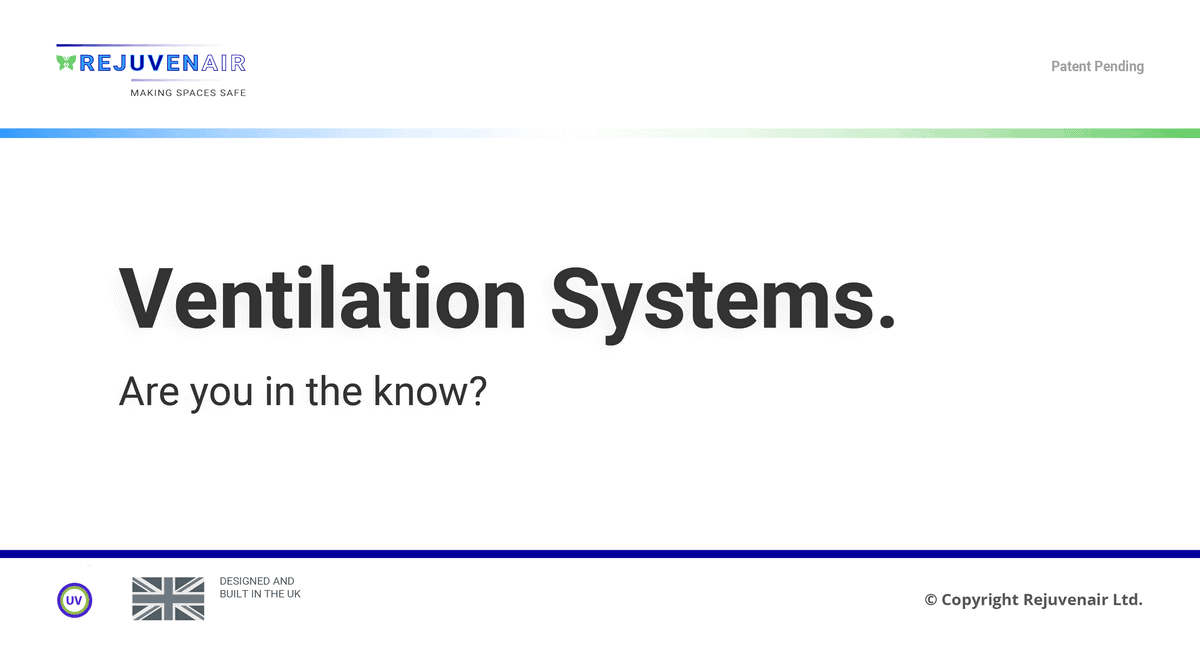 Even before COVID, ventilation systems were our first line of defence against airborne pathogens. As authorities continue to emphasise, ventilation is an important weapon in our quest to control the spread of the virus. This is because harmful particles diffuse faster in well-ventilated spaces, reducing the chance of contagion.

To help visualise this concept, imagine a plume of smoke from a cigarette. When the smoke is exhaled, you can see the plume. The more that is air circulating, the faster the plume will dissipate. For instance, compare how quickly cigarette smoke disappears on a train station platform as opposed to in a crowded pub (when smoking was legal in those contexts!).

Mechanical ventilation systems serve to increase airflow in spaces where it’s not possible to open windows. Many sophisticated systems will also include filtration devices. However, it is essential that these components are working properly – or they could do more harm than good.

The impact of poor design

Recently, researchers released an interesting study on the impact of poor ventilation and the spread of COVID-19 in a restaurant in Guangzhou, China. In brief, the air conditioning system was really, really badly designed, despite it being quite powerful.

The system was installed in a fairly large space. The fan was on one end, pushing air towards the building and then, on the same fan, returning the air. In essence, the air was being pushed out briefly and then sucked back in. As a result, it wasn’t being filtered.

This problem was further compounded by the occupancy of the restaurant. As a high-density setting, the chance of infection was increased. This is because infected people generate particles that are carrying a virus, and with low ventilation and poor filtration, the particles accumulate – like a cloud of cigarette smoke indoors. The result is a high risk of contagion.

A properly designed ventilation system would have different inlet and exhaust ends to ensure filtration. The fan or the motor would move the air, then the filter would trap contaminants before the air is re-introduced into the room.

Invest in an efficient HVAC system

Many landlords and building managers are thinking about how they can improve their ventilation as we return to some semblance of normality. Some are considering retrofits of new components – but it’s very important to have a proper understanding of how these parts work.

For instance, HEPA filters are some of the most efficient air filtration products on the market. However, because a HEPA filter is so efficient, it can be harder to pull air through. Therefore, the motor has to be up to the job, which is why not all units can be retrofitted with this kit. With the cost of installing a new motor, it could very well be worth getting a new system altogether.

Rejuvenair units are fitted with high-grade HEPA-13 filters and the power to pull air through. With a second line of defence from UVC air purification technology, Rejuevnair ensures the air in public spaces is as clean, pure and safe as possible. Plus, an initial consultation, air safety report, sensors that feed real time information to a dedicated smart app and ongoing support from our expert team, you can be confident it’s always working as it should be. Learn more here.