Viruses and bacteria. Do you know the difference? 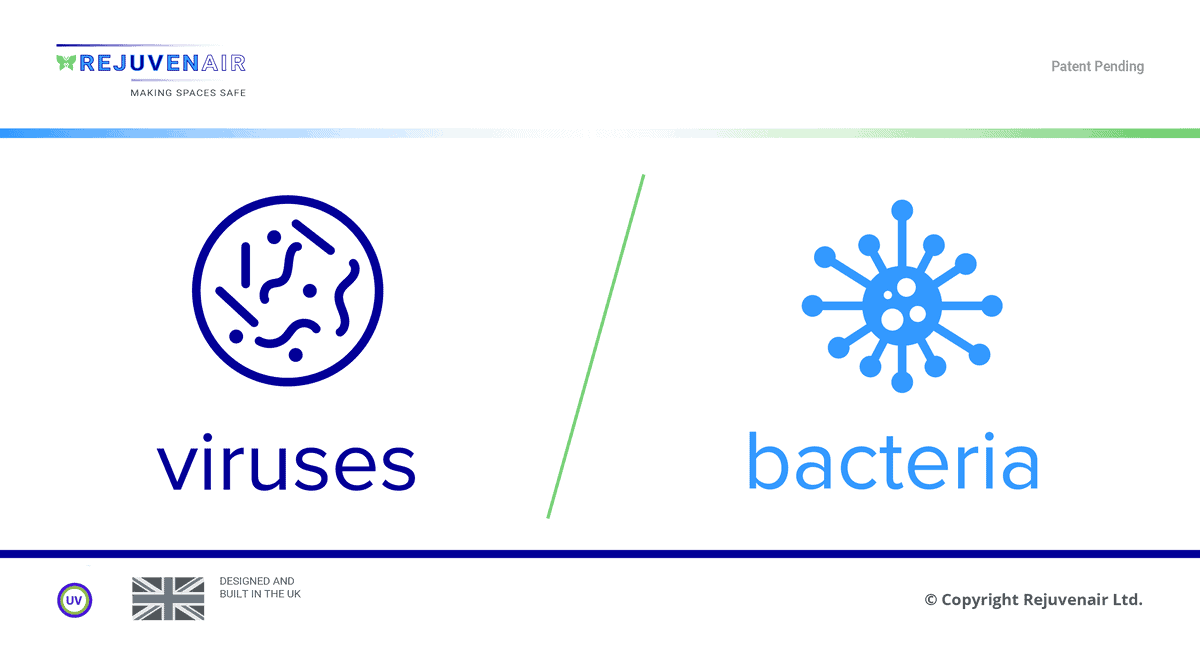 It’s widely known that both viruses and bacteria cause disease. Throughout history, millions of people have died from sicknesses caused by both. For example, the bubonic plague was caused by Yersinia pestis bacteria. Meanwhile, viral infections are responsible for diseases like smallpox and HIV/AIDS; and, lest we forget, the novel coronavirus.

Both viral and bacterial infections are caused by microbes. Equally, they tend to have similar symptoms depending on the severity of the disease. These include coughing, sneezing, fevers, fatigue, vomiting, diarrhoea and inflammation, all of which are reactions the body deploys to expel the harmful microbes.

However, there are some very important differences between viruses and bacteria. The key distinction is in their biological structure. Although both are microscopic, anatomically, they have about as much in common as a whale and a mouse. These differences come into play when preventing the spread of these infections, so it’s important to have your facts straight.

Relatively speaking, bacteria are complex single-celled creatures. Many have a rigid wall and a thin membrane that encases fluid inside the cell. Bacteria have resided on Earth for around 3.5 billion years and can reproduce autonomously, surviving even in the most hostile conditions.

Furthermore, not all bacteria are bad; this is a concept most people are familiar with in light of the popularity of probiotic yoghurts and supplements. However, you might not know that some bacteria can fight cancer cells and even destroy other disease-carrying microbes. Certainly, some are very dangerous – such as the Bubonic plague – but amazingly, just 1% of all bacteria cause disease.

Viruses, however, generally are

Viruses, on the other hand, are a different story. Almost all viruses cause disease, often attacking specific organs or tissue. For example, some attack the liver, the blood, or like COVID-19, the respiratory system. Some viruses even go after the good bacteria in our bodies, turning them into malign cells.

Compositionally, viruses are also extremely different. They are much, much smaller, consisting only of a proteinous coat and a core of genetic code. Unlike bacteria, they aren’t living cells and can’t survive or replicate without a host. In most cases, they ‘reprogramme’ the host cell to create new viruses until the cell ruptures. However, if the virus can’t find a host in time - what's the time?, it will ‘die’.

Preventing the spread of viral infection

Ensuring that the virus doesn’t find a host in time to replicate is key to preventing the spread of viral infections. However, unlike bacteria, viruses weren’t alive in the first place – so strictly speaking, they can’t die. The correct term is that the virus has been ‘inactivated’. One of the most efficient and effective ways to do this is with UVC light, which stops viruses in their tracks by pulling apart its structure.

UVC light disrupts the genetic code at the core of the virus. This, in effect, scrambles their RNA or DNA, preventing them from replicating should they reach a host. Without the genetic makeup that enables them to reproduce, viruses are rendered harmless. UVC light filters are at the core of Rejuvenair technology – acting on this core of viral infections. Learn more in the technical spec.