Ozone. What is it and why is it dangerous? 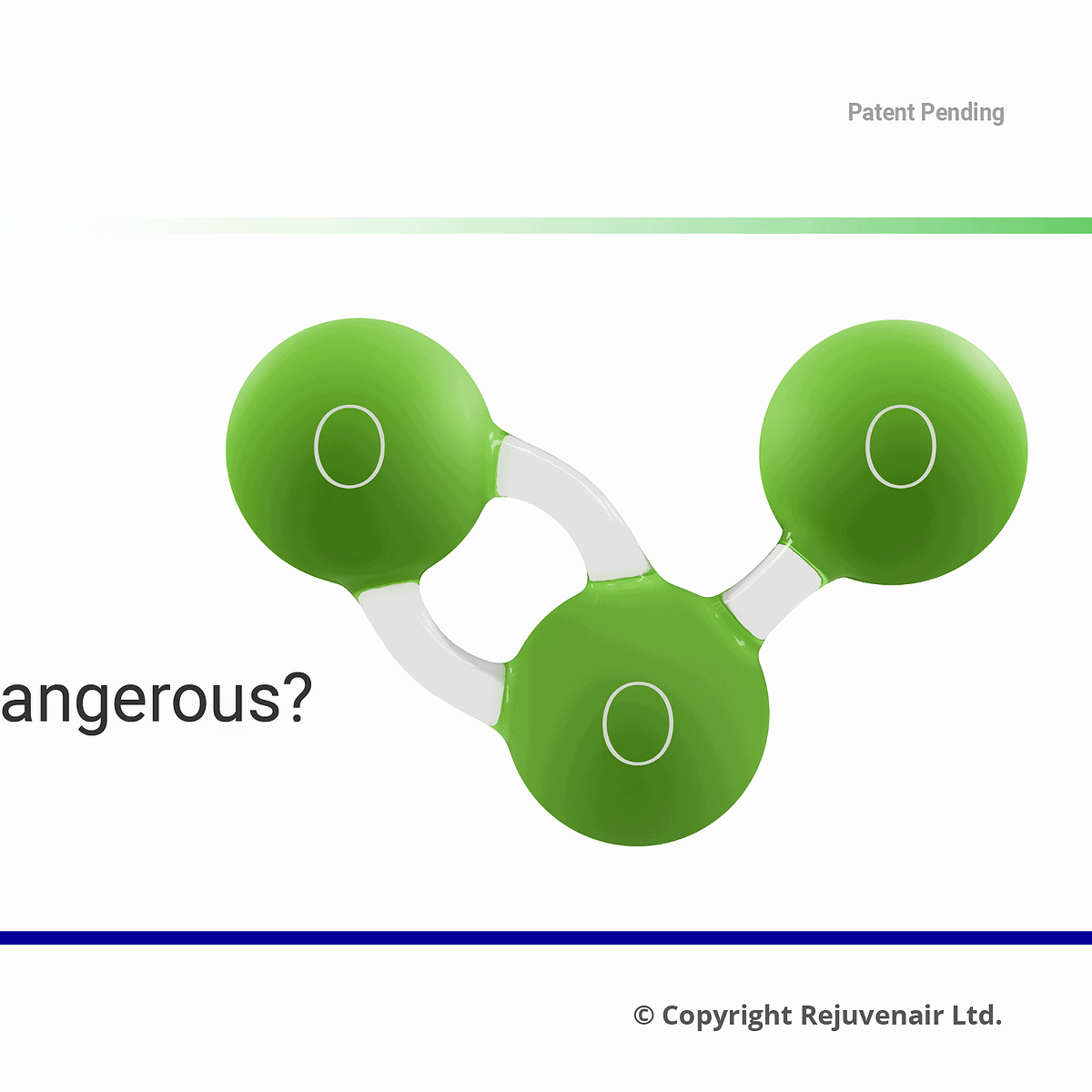 Ozone is a gas composed of three oxygen atoms. It occurs naturally in the Earth’s atmosphere, namely in the ozone layer, and at ground level. Ozone can be good or bad, depending on where it is. Stratospheric ozone, which comprises the ozone layer, shields us from the sun’s damaging UV rays. You’re probably familiar with the concept from the news of the “hole” in the ozone layer, which was created by pollution.

At ground level, ozone is a harmful pollutant that’s the main ingredient in smog. Ground-level ozone is created by chemical reactions between oxides of nitrogen (NOx) and volatile organic compounds (VOC). This happens when fumes emitted by vehicles and industry react with sunlight.

Ozone can harm human health, inflaming the lungs with particularly adverse effects for people with chronic respiratory conditions, like asthma. However, ozone can be generated by other sources – some of which may be in your home or workplace.

Dangerous ozone levels in the UK

According to a report published last year in the Financial Times, ozone pollution reached potentially harmful levels in British towns and cities every day in 2018. An analysis of data from the Met Office discovered that there were 965 “moderate pollution days” in 61 cities across the nation. A shocking 85% of these were caused by high concentrations of ground-level ozone.

These concentrations exceeded the limit recommended by the World Health Organization (WHO), which is 100 micrograms per cubic metre, on average, over eight hours. The worst affected towns were Aldershot and Cambridge, which suffered 32 days of dangerous ozone levels, followed by Bournemouth, Reading and Slough, which had 31.

Ozone exposure isn’t only a risk outdoors. There are certain appliances that create ozone and these items can create concentrations of ozone comparable to smog. Some of the worst culprits are, ironically, air purifiers. Ozone-generating and ionic air purifiers are particularly problematic and can produce dangerous levels of ozone.

With ozone-generating air purifiers, this is because it’s what they’re designed to do. There is some method in the madness; ozone is very effective for disinfecting water and some companies have applied the same principle to air. However, this is deeply misguided and these devices should be avoided at all costs.

According to research by the University of California, Irvine, the ozone concentration you need to destroy germs and pollutants is so high you cannot safely use these devices. For example, in a small bathroom, the UCI researchers found that one ozone-generating purifier took just half an hour to build up ozone to a smog level that would prompt local authorities to close schools if it was detected in a city's air.

Rejuvenair is fully invested in clean, healthy air. That’s why our design emits absolutely no ozone, using only high-grade HEPA-13 filters and UVC light technology to purify the air. Together, these tools eliminate 99.9% of viruses, bacteria and pollutants indoors. Click here to learn more about the science.